by Stinky
posted in 4Kids, Colour Me In, Illustrations, Stories
No comments yet 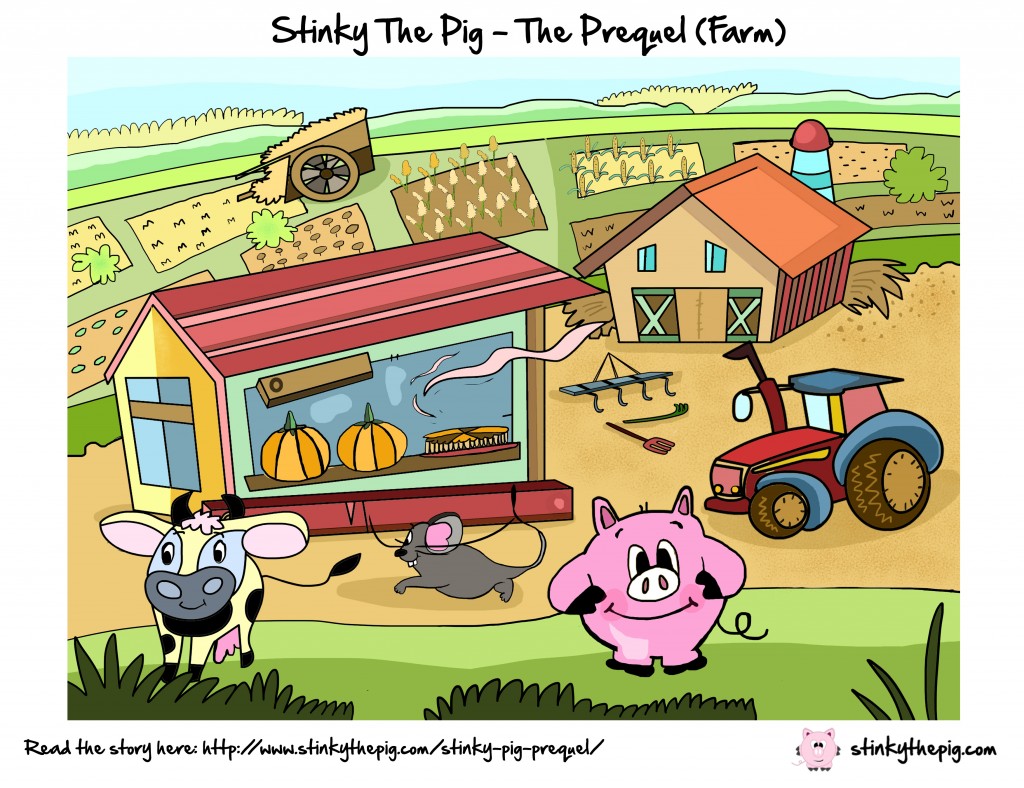 Stinky The Pig – The Prequel (Farm)

Along came a little pig who looked as average as any little pig could. But little did we know that little pigs often possess large dreams – the types of dreams that tend to come true. So the owners of the farm built this pig a home large enough to fit many, many, many things. He would run around to play and wait for his meal. He would look up and oink every time they brought fresh water or food.

As time went on, he met new animals. First came some chickens, then some sheep, a horse and a mouse who, unbeknownst to him, would become one of his best friends. One night in the barn, all of the animals were making their usual sounds. The horse was nayying, the sheep were baaing the chickens bokbokking and the mouse was… just being a mouse. He climbed the haystacks inside the barn, cleared his throat and said in the manliest voice he could must, ‘Why don’t we just talk to each other?’

Everything in the barn had stopped moving as though time had frozen. They all stood there looking at one another not sure what the next appropriate step would be. The mouse started making his way over to the pig, swiftly moving his little feet to reach the top of the bale. He looked out over the crowd and smiled.

The barn erupted in cheer and laughter. This was the start of what would become a tale of adventure that was second to none. And as some would say, the rest was history. 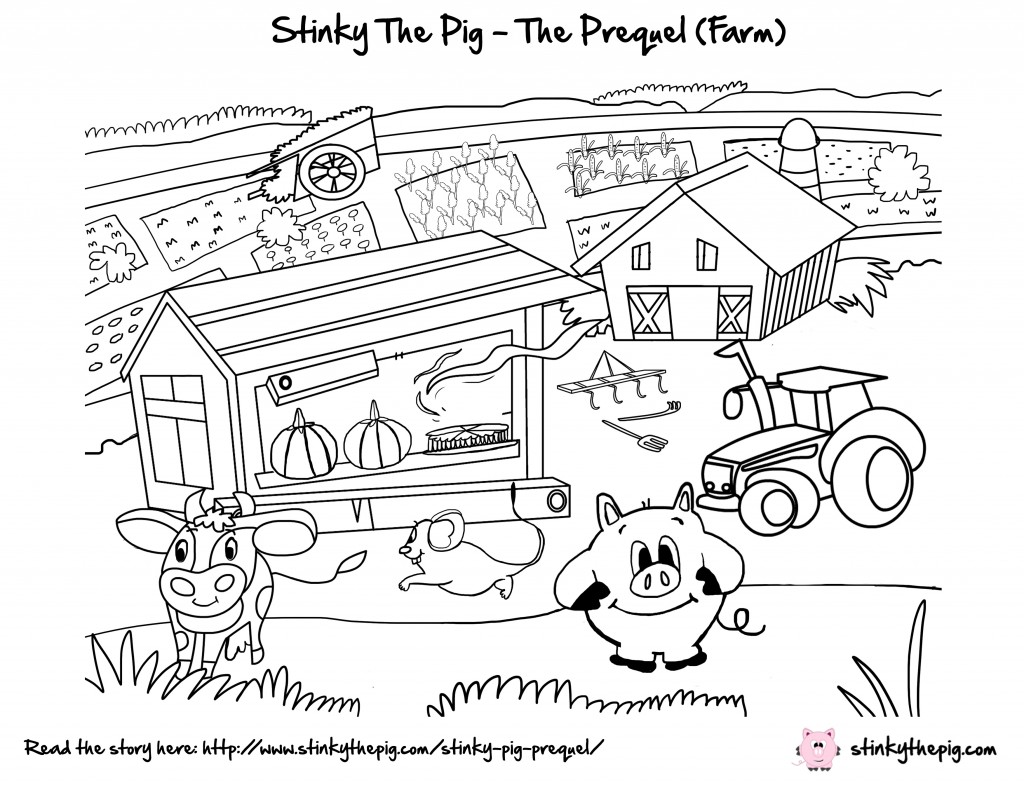 Colour Me In – The Prequel (Farm)

So I thought the first post in the New Year should be about something that would be meaningful to us...