Never judge a book by its cover

by Stinky
posted in Stories
No comments yet

If someone had told Stinky that miracles were the creation of little fairies that looked like lady bugs, he would never have doubted them. And even if one hundred million people did not believe complete and utter nonsense, Stinky would be the needle in the haystack that actually would. He would be the one mustard seed amongst millions that fall from the sky to land on the point of a single needle. You needn’t look very far for proof of this because those that were lucky enough to cross paths with him could easily attest that he would probably be the nicest individual they had met in a long while.

Stinky was sitting in the corner of an outback eatery minding his own business. He enjoyed the bush pies made from wild berries and honey. If there were a way to combine the words delicious, scrumptious and heavenly into a single meal, then it would look something like the wild berry pie sitting in front of him. Today of all days saw a rush of people come to grab some grub in the afternoon. The atmosphere was raucous and bustling to say the least. Amongst the crowd were the usual farmers who toiled from the break of dawn until the sun was at its zenith, workers and laborers and a sporadic appearance of men and women in suits.

But something stood out in the crowd like an old shoe matched with a bunch of carnations. A ragged lady was making her way through the mass and each time she approached someone, she walked away with disappointment. The process of her maneuvering her way around the diner went on and on, rejection after rejection. She eventually made her way toward Stinky and asked in the most dignified manner she could muster ‘Please. Would you be able to spare me some loose change?’

Stinky could hear random people in the crowd saying she did not deserve it and that she would just cheat him and spend the money on something unwholesome. But when Stinky looked into her eyes, he could see desperation and a kindness that not many people possess. So when Stinky was pondering whether he should share some of his coin with her, the lady pulled out a torn handkerchief and offered it to him.

‘This was given to me from my mother. Although it may not look like much, it is my family treasure. And from the time my mother left me till now, I have done what I can to keep it in tact. I can give this to you if you can spare me some change. Please’.

At that point Stinky’s knees had turned into jelly. He reached into his coat and gave some money to the lady. It was more of a reflex action than anything else. She said that it may have been too much but Stinky insisted she keep it and use it for whatever emergency she was facing. The lady slowly made her way outside of the diner. People were staring at Stinky as though his magnanimous act was wrong.

Stinky stood up and decided he would follow the lady to see where she was headed and whether the accusations of the general public were true. He kept a good distance so he would not be noticed. For a brief moment in time, he felt like he was a secret agent investigating a major crime. He even went as far as to call himself Pig… Stinky the Pig. As he was lost in his world of make-believe, the lady suddenly stopped at a street corner where a man was huddled up in a dirty blanket. He had a cardboard sign in front of him that read ‘Need money to feed my starving family’. The lady bent over and whispered a few words into the man’s ear, kissed him on the forehead and gave him the money she had in her pocket. He could even hear her telling him to take the money and buy some food for himself and his family. The man sat there in stunned disbelief and wept whilst the lady stood up, smiled and walked away.

Stinky stood there in awe. He felt the wind blow and soon realised that tears were running down his cheek. Imagine that. Everyone in the diner was wrong. He just witnessed the single most kind-hearted act in his entire life. 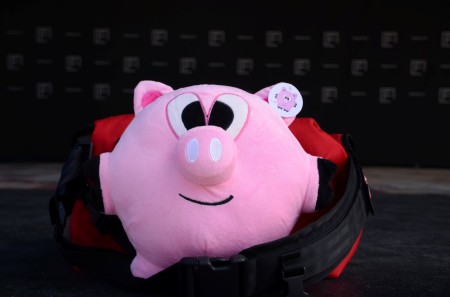 Sometimes we tend to judge too quickly and care too little. There are people out there that really need our help. But when they ask, we judge them based on stories we have heard from our friends or from a previous experience turned bad. Maybe they really do need the 20 cents that they tried so hard to beg you for. Take some time to understand and care for others – regardless of the situation. You never know how much of an angel you could be to them. Remember that to the world you might only be one person, but to one person you might mean the world to them.

As far as the wind was concerned, it didn’t really have any regard towards the feelings of others. For those...