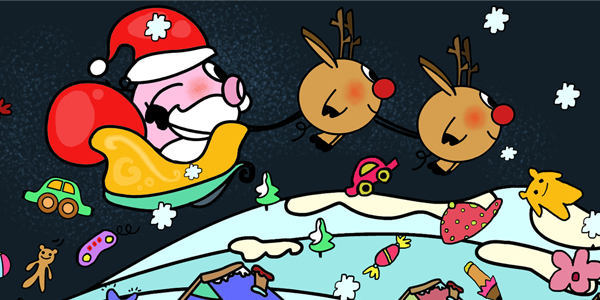 by Stinky
posted in 4Kids, Colour Me In, Illustrations
No comments yet 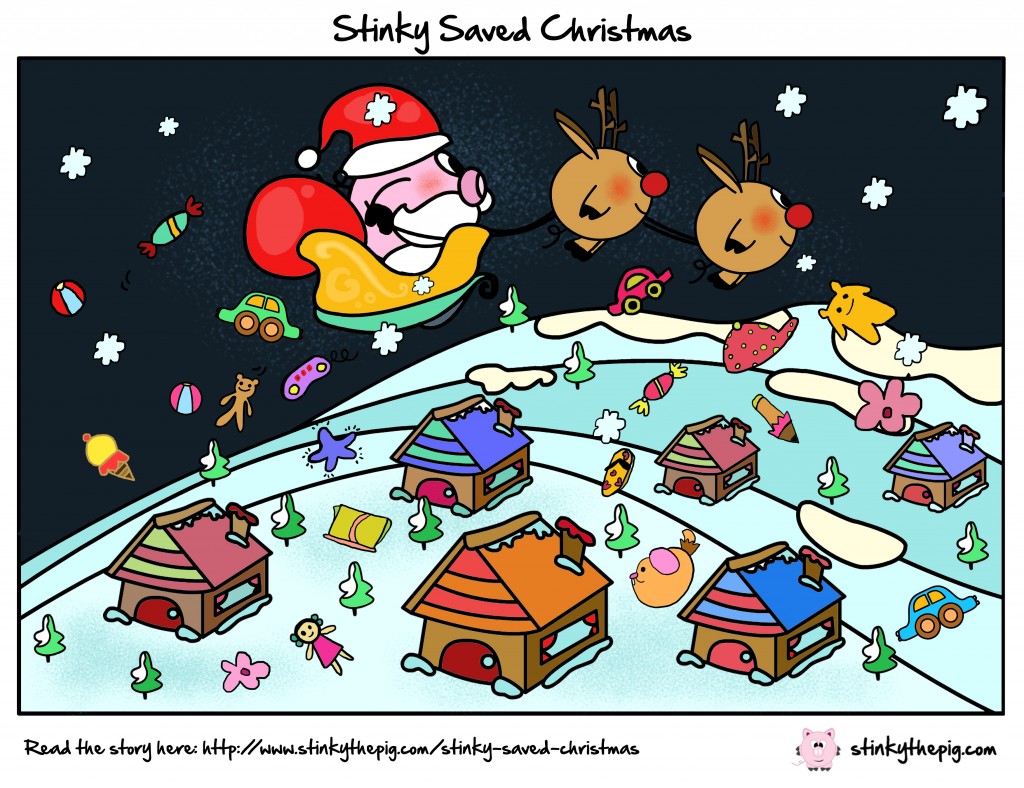 Stinky hopped off the carriage that had taken him all the way to the North Pole. When his feet hit the ground he could feel the soft snow melt beneath his feet. He had come to visit Santa because almost everyone in the world wanted to see him at least once in their life. He knocked gently on the door and hoped that Santa would come and open it for him. After a long time waiting, he knocked again with no answer. He pushed against the door and it opened. He could hear someone in the corner sniffling and sneezing. As he walked closer he could see an old man with white hair wearing his pajamas and drinking hot tea.

‘Honey? Why are you so round?’

‘No Santa.  My name is Stinky and I wanted to come and visit you before you leave to deliver your presents’

‘Santa! It’s Christmas eve. How will you ever get better in time?’

‘Christmas… ahh… ahhh ahhh choooo. Christmas eve? Oh no. Stinky! You have to help me. There should be a Santa suit in the corner. I think you will be able to wear it. I’m getting really sleepy and I don’t think I can stay awake any longer. You have to save Christmas!’

And with those words, Santa dozed off into a very deep sleep. Stinky stood there in shock because he did not know what to do. He walked over to the corner where the spare Santa suit was and tried it on. Surprisingly it fit very well. He put on the hat and walked outside. As he opened the door he saw a magical sleigh and the famous reindeers.

Stinky made his way to the sleigh and jumped into the seat.

‘Well it’s all up to me. Let’s make this Christmas one to remember!’

He pulled on the reins and with a cheerful voice said guided the reindeer to begin his mission of delivering toys to the world. 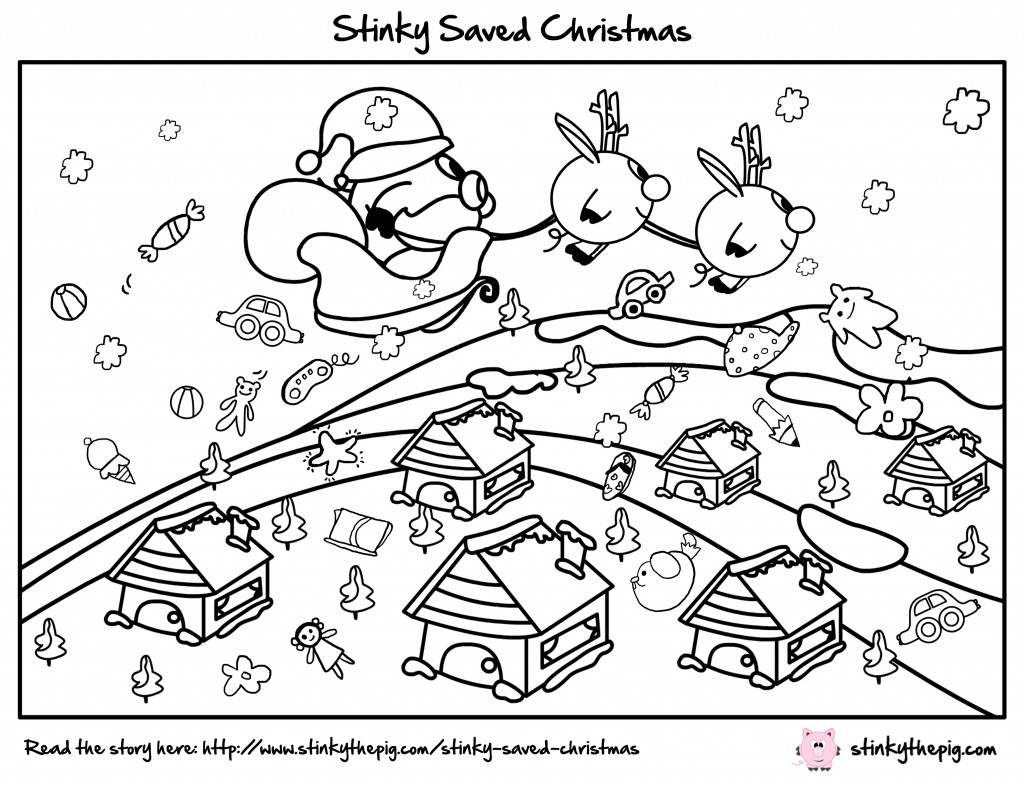 It was the night before Christmas where children would sleep, While hoping that Santa would bring them something to keep....